This is the story of our photo-shoot with Dollee and Geoff. In the fall of 2013 Dollee hired us for covering her wedding later that year in Aamby Valley, near Pune. Soon we got into the discussion of how these two met and their love story had New York written all over it. She was a graduate student at NYU when they first met and in between countless walks in Central Park and late evening strolls across the Brooklyn Bridge, they found love.

We could think of no better place to justify their photo-story than NYC and so in October of 2013, we were on board for a first — a cross country photo-shoot.

Personally, I’ve always found NYC to be the epitome of the modern urban way of life. Commercial, congested, over-crowded and extremely loud. But then again it has a charm to it like no other. Early morning breakfast while commuting on the subway, the never ending hustle of Times Square, the constant stream of cabs, and, of course, the ever restless New Yorkers themselves. There we were, in the midst of all this, with two people who looked so amazing with each other that for a moment, the New York effect took a backseat.

We went there hoping for a mad flurry of fall season but the weather soon changed to breezy cold. I have to give it to Dollee for being such a good sport wearing her skirts while Geoff and I were comfortably shielded in our full-length clothes. In our sojourn with the camera we traced back to key spots of their love story. Their favourite neighborhood deli, their favourite places in Central Park and heck, even their apartment building’s rooftop patio (with a killer view of Empire State Building).

My personal favourite from this shoot? The one in front of Met Life. You can imagine the insane amount of traffic present at this intersection, and yet Dollee and Geoff stood in the middle of it all with cars flying by left and right. How did we do it? Simple. Time the lights, run to the middle of the roads (we had a window of 14 seconds), click, click, click, and then run for our dear lives. Then, repeat this process 10+ times.

Here is to a couple that wouldn’t take their eyes off each other, here is to a shoot that will always occupy a special place in our hearts, here is to finding love in the Empire City! 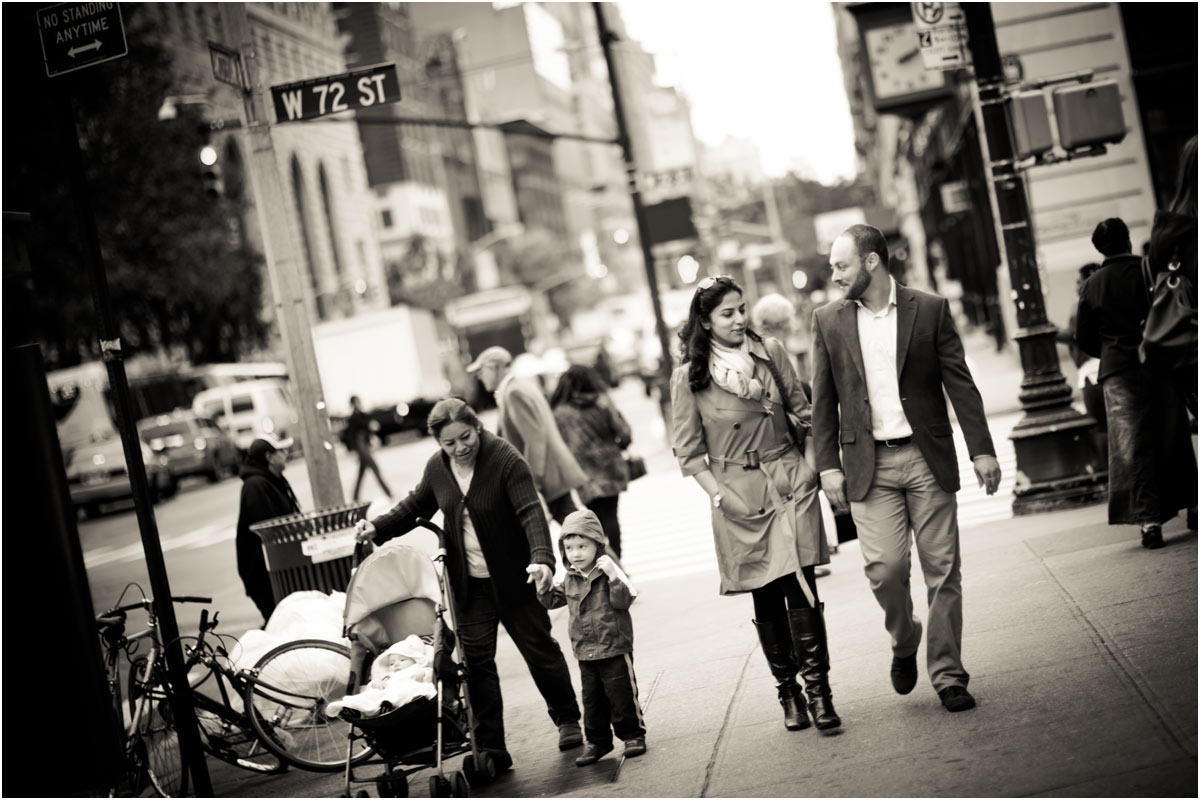 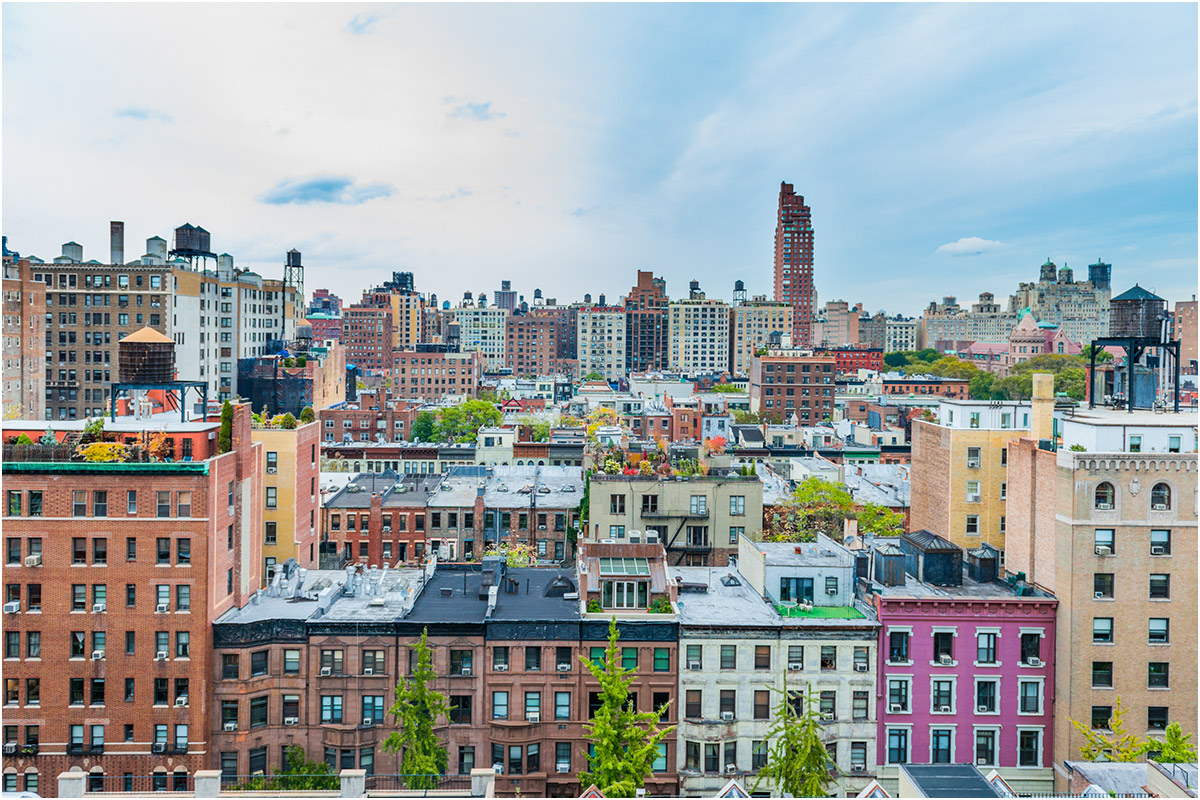 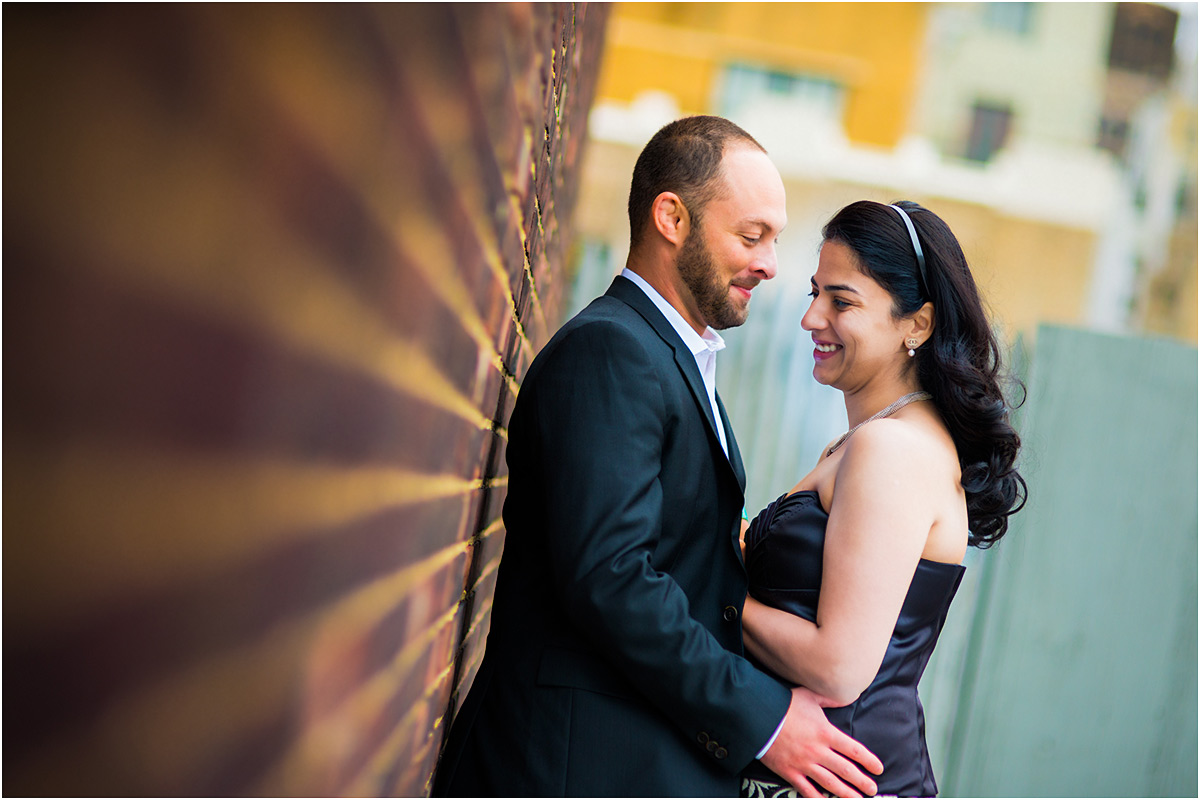 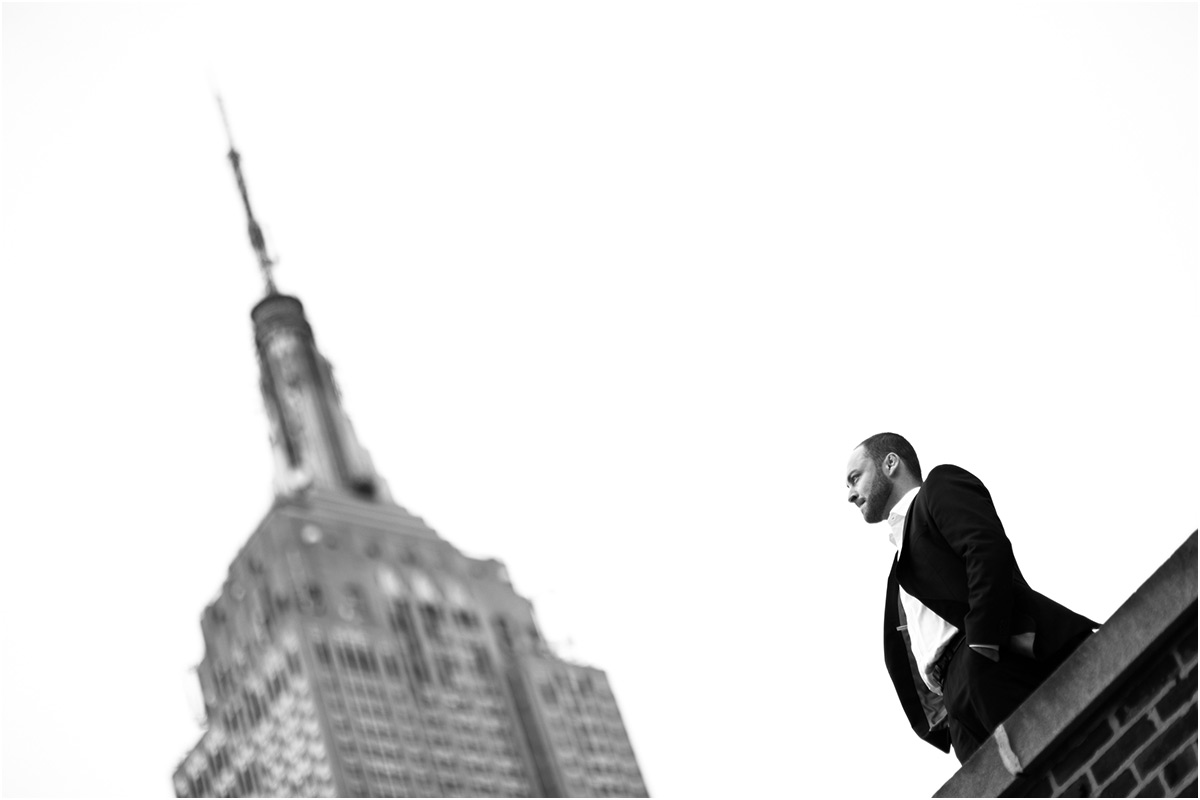 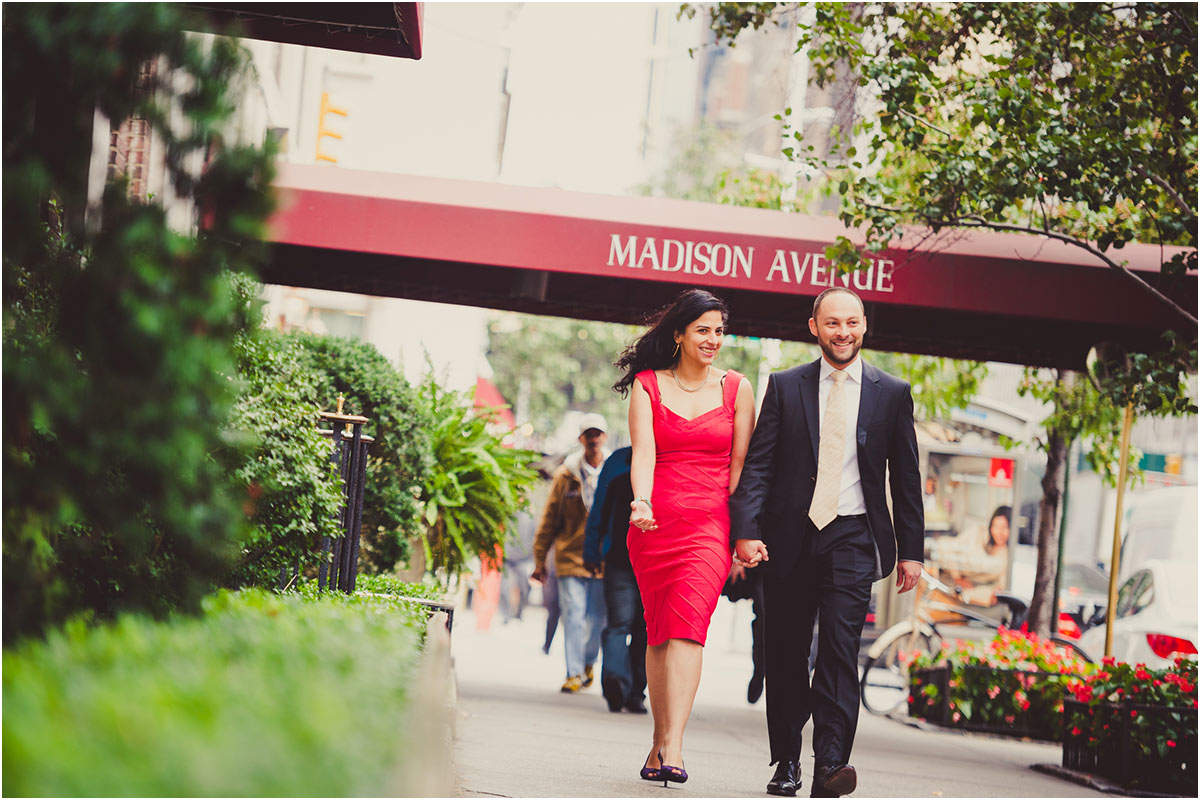 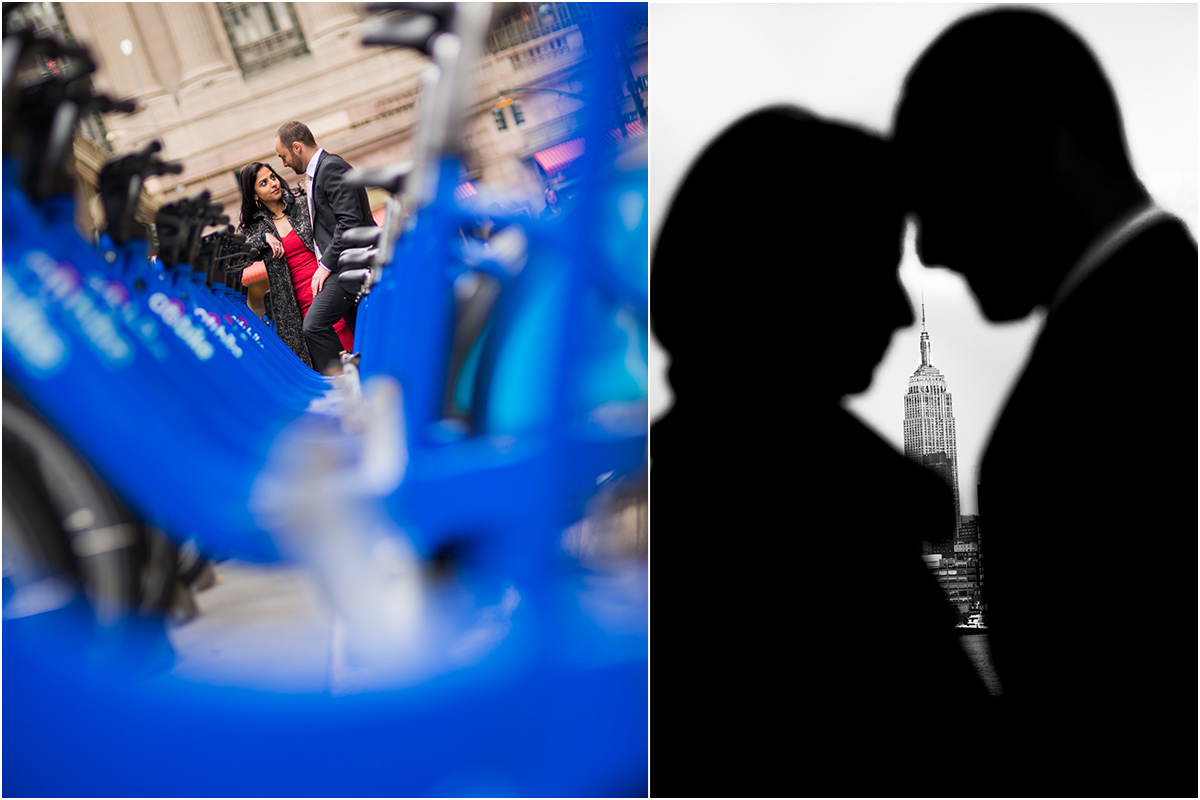 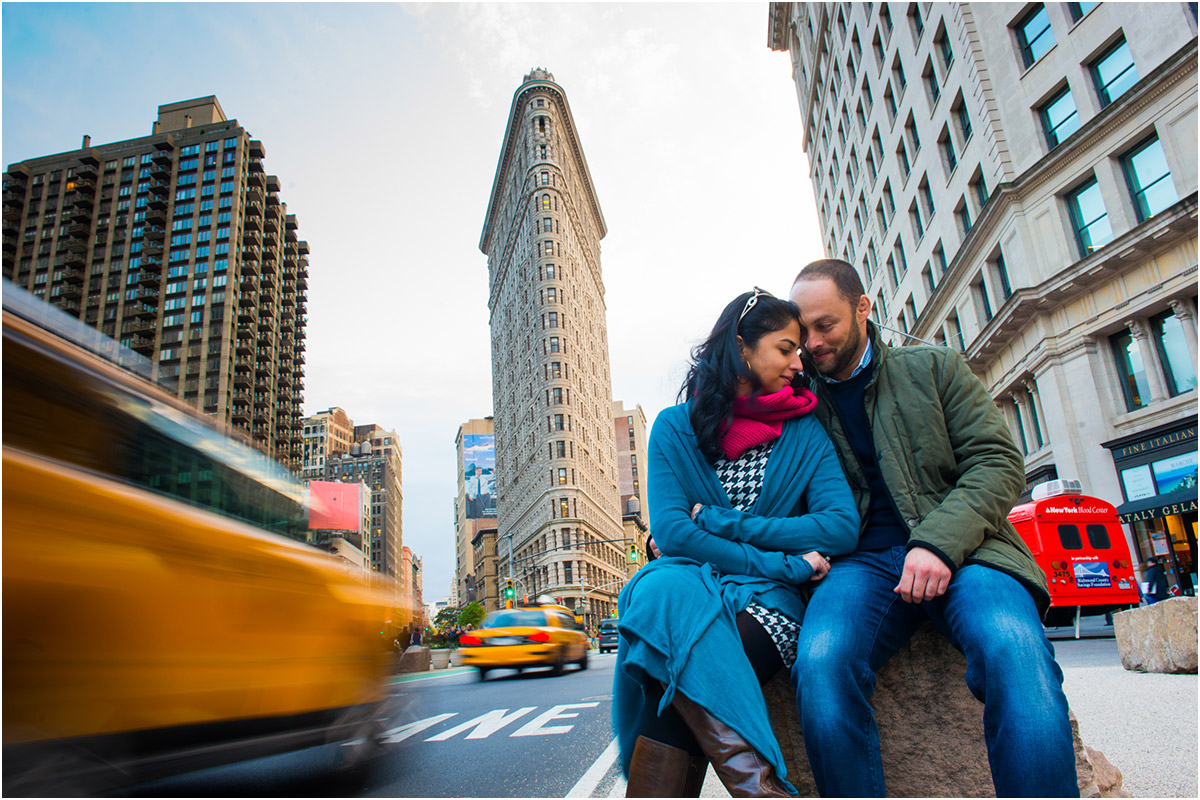 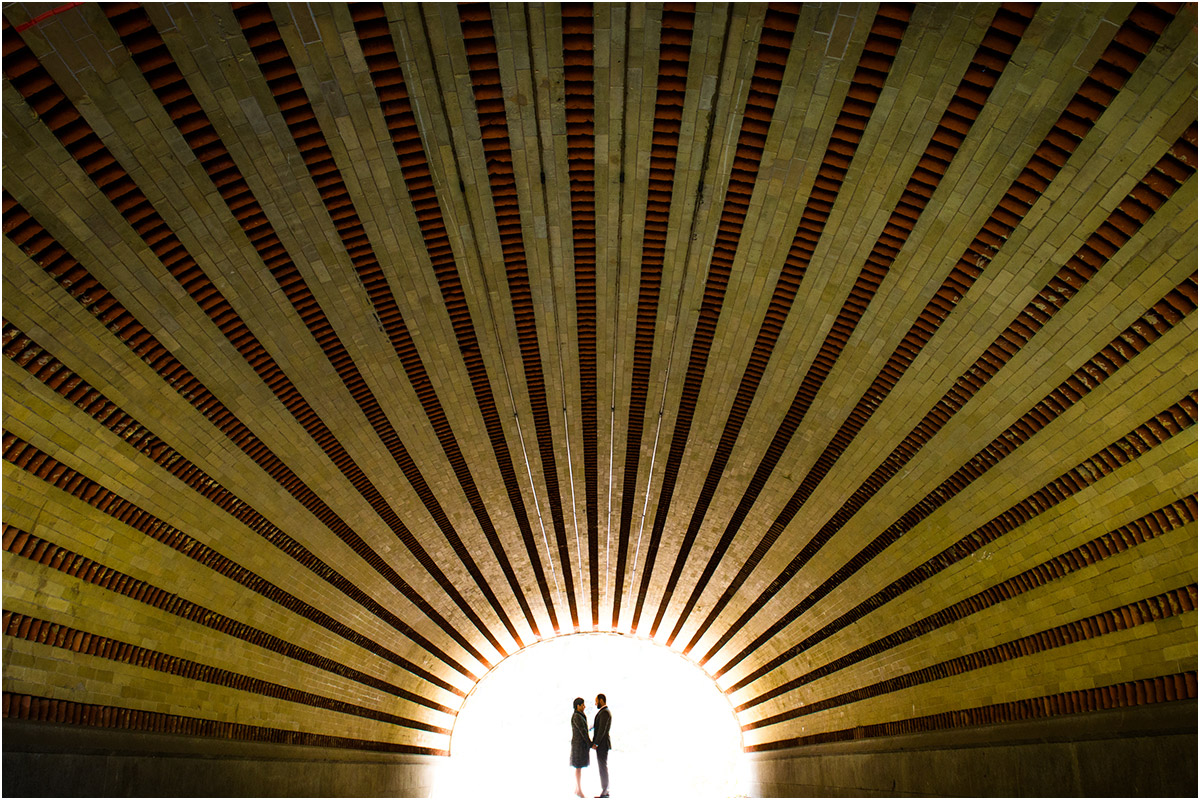 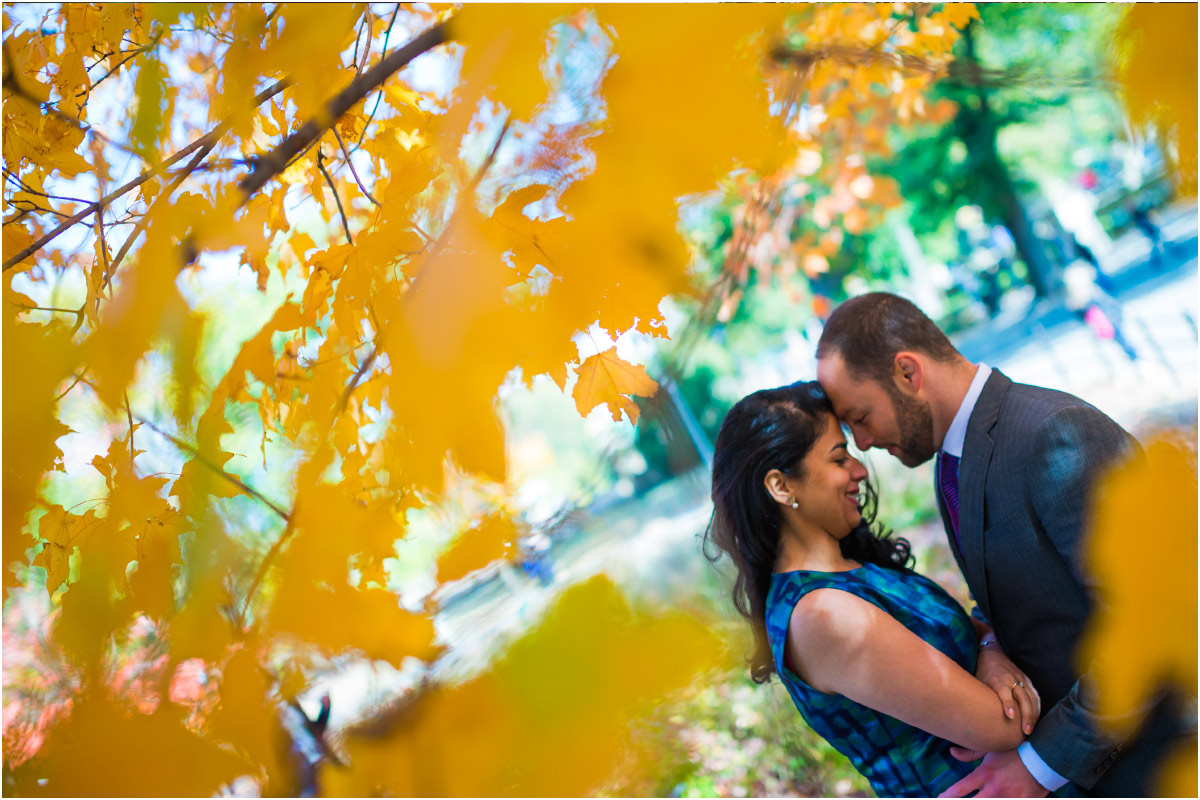 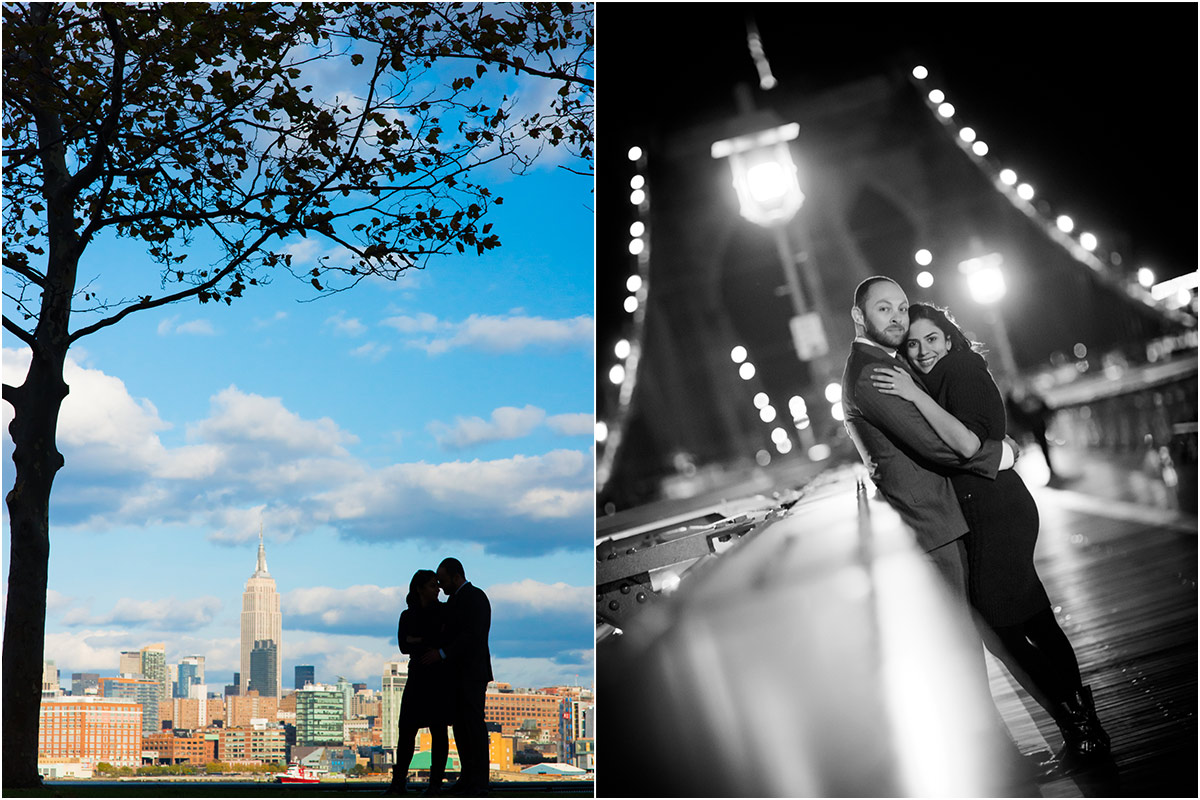 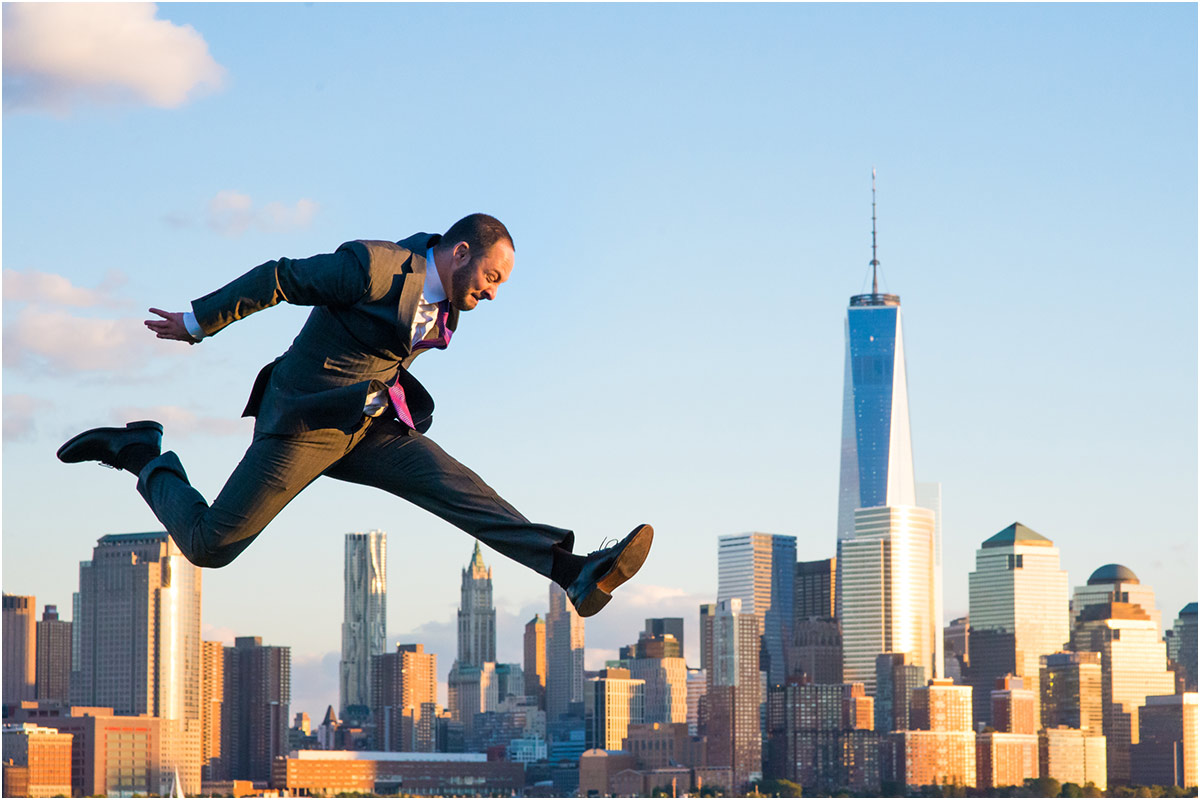 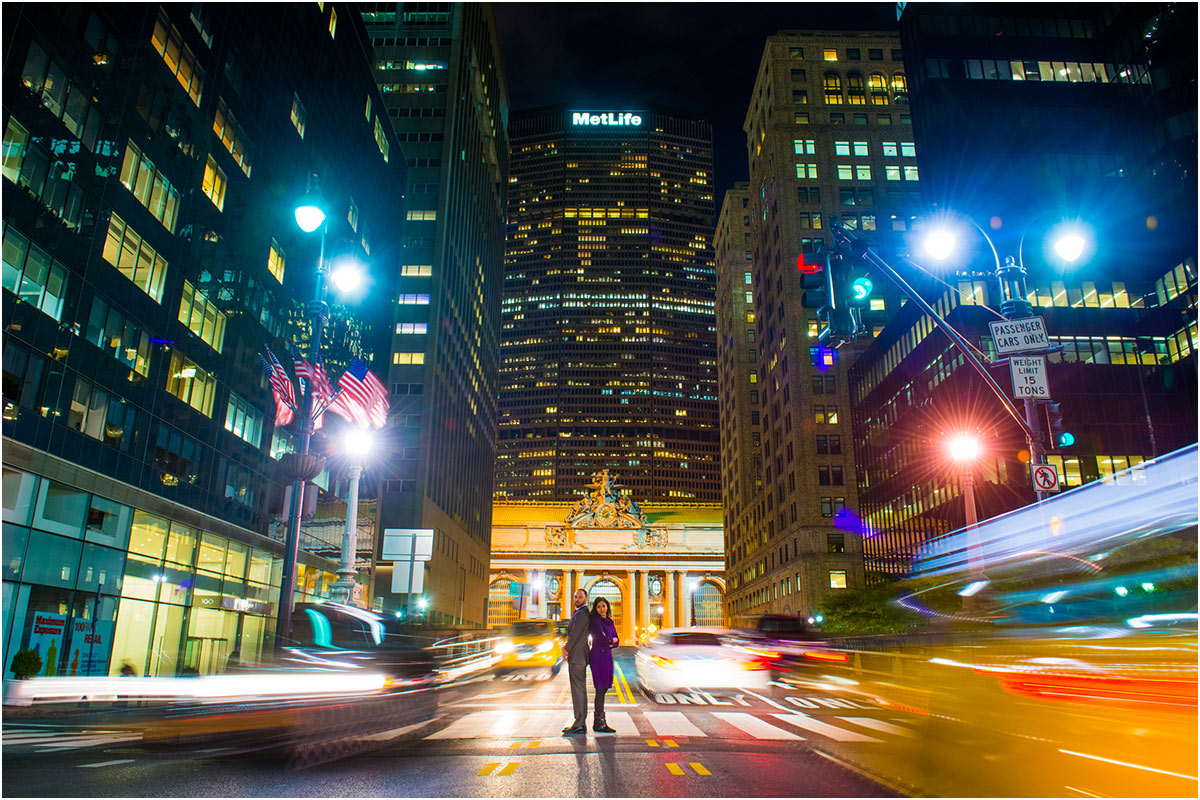 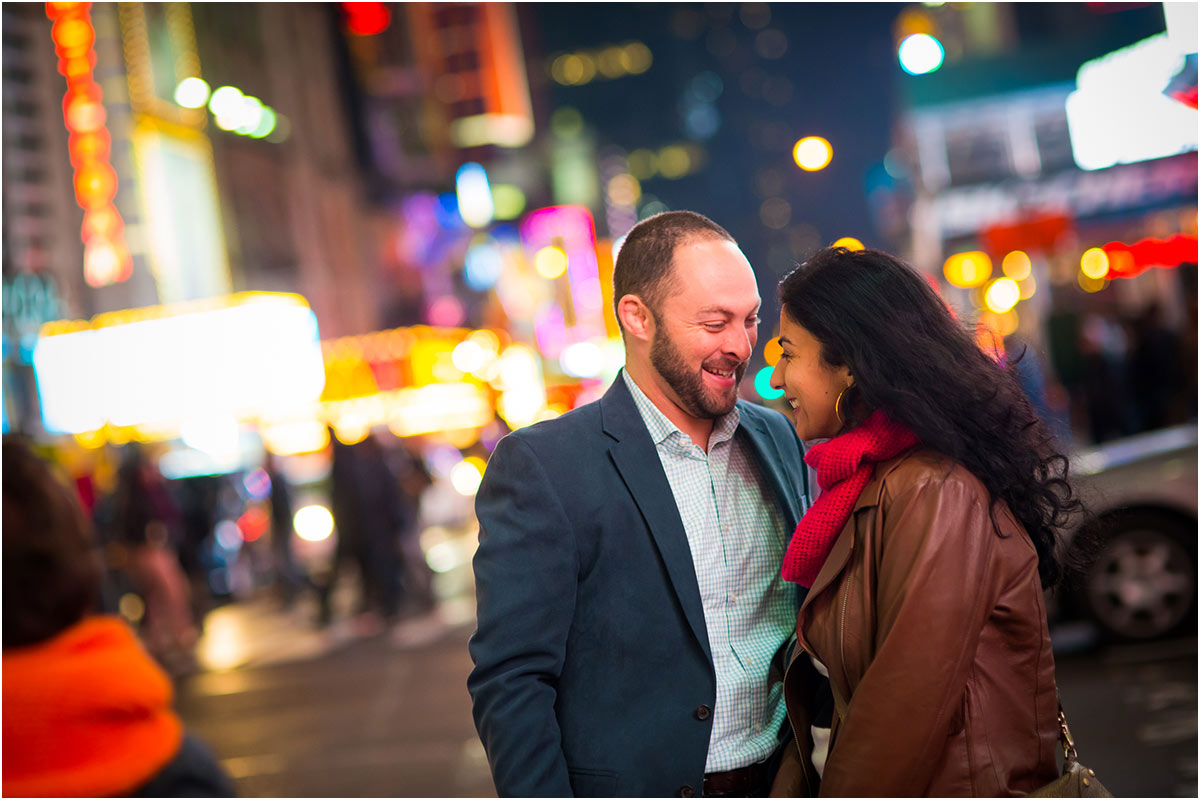 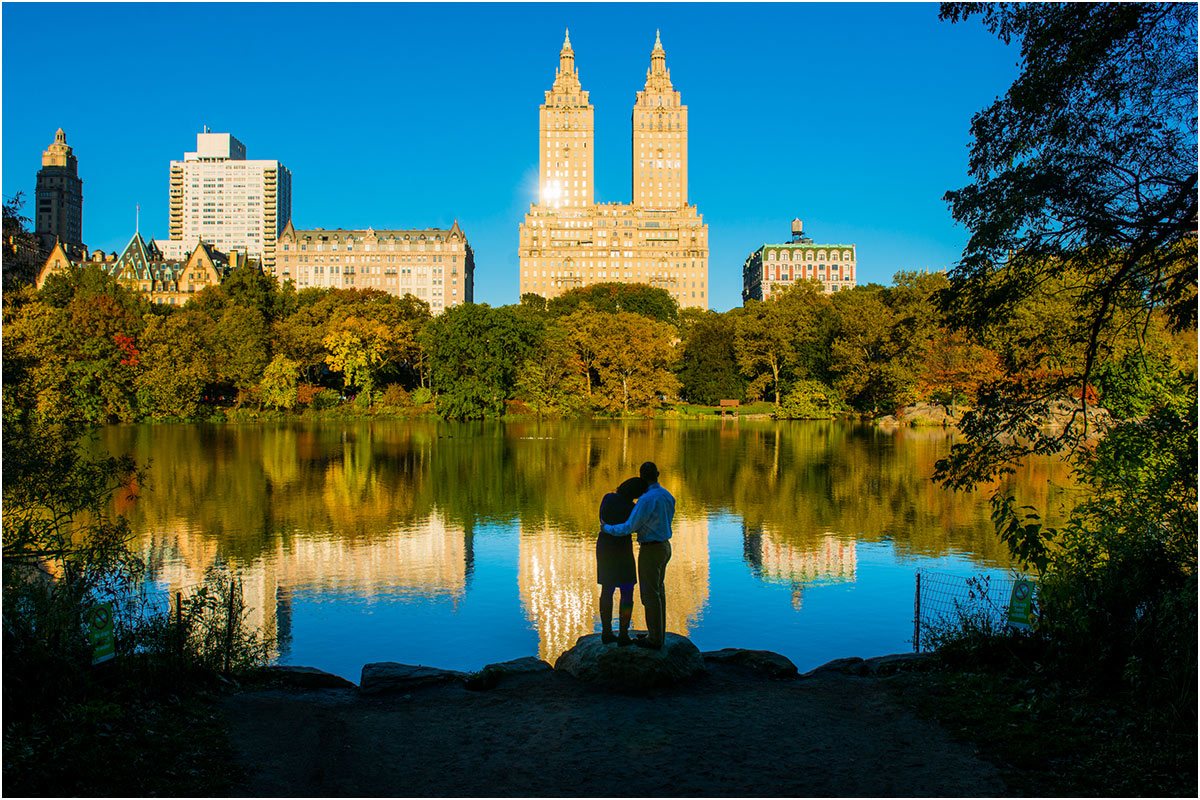 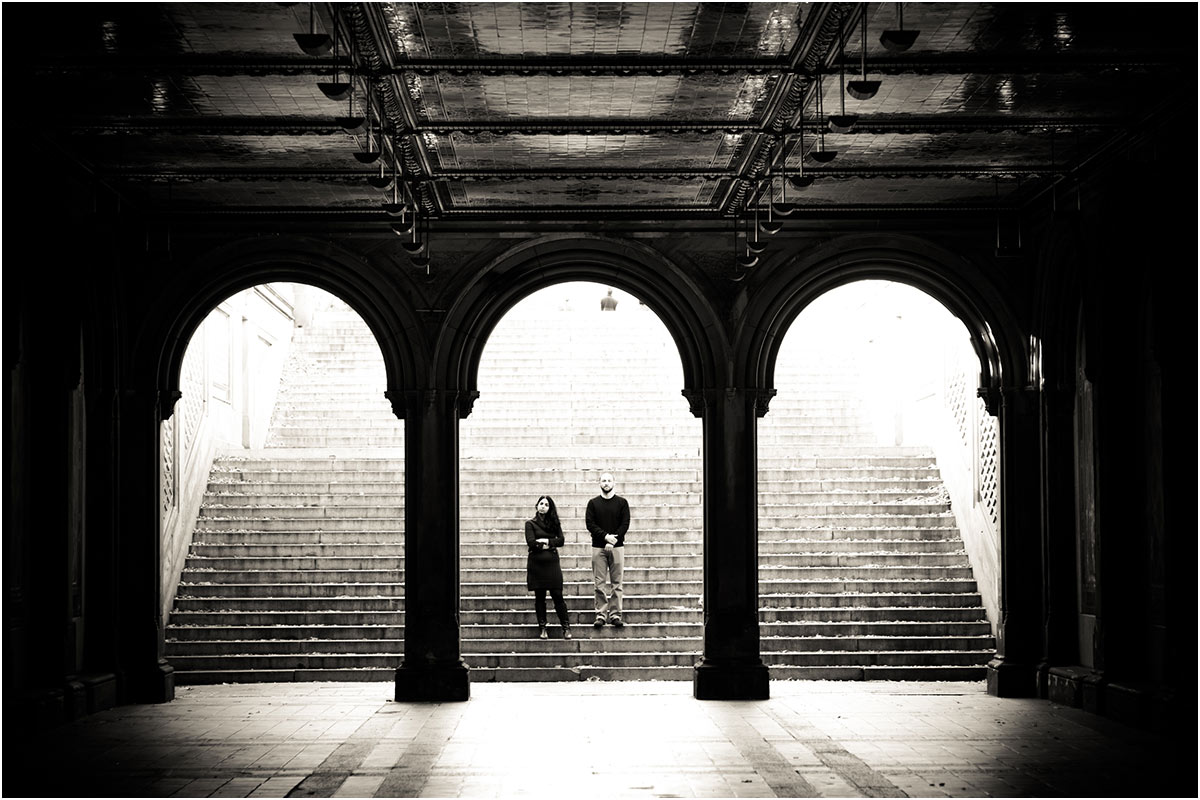